Thanks! Someone will be in touch shortly.
In the meantime, why not check out our interactive forecasting tool? 👇 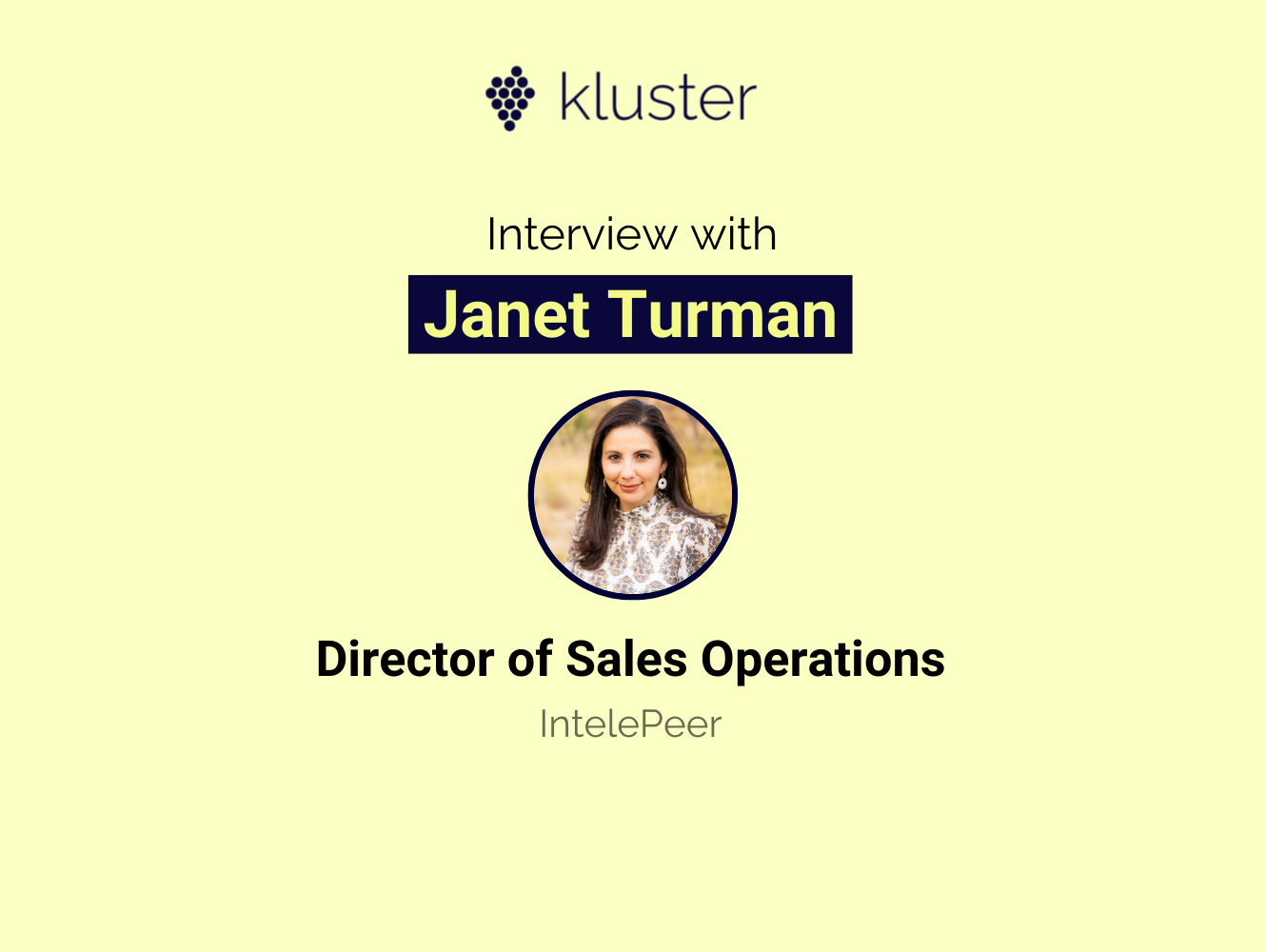 “It's always important to have targets or goals with any metric”

Janet Turman, Senior Director of Sales and Revenue Operations at IntelePeer. Georgina from Kluster interviewed Janet about metrics. Janet explains that when going into a new segment, it’s key that there is a baseline. You need to have something that’s measured against.

An incredible contribution to the #klustercommunity, Janet!

🚀 Did You Enjoy That?

Sign up below and we'll alert you to all the latest posts as soon as they are released.
Thank you! Your submission has been received!
Oops! Something went wrong while submitting the form.