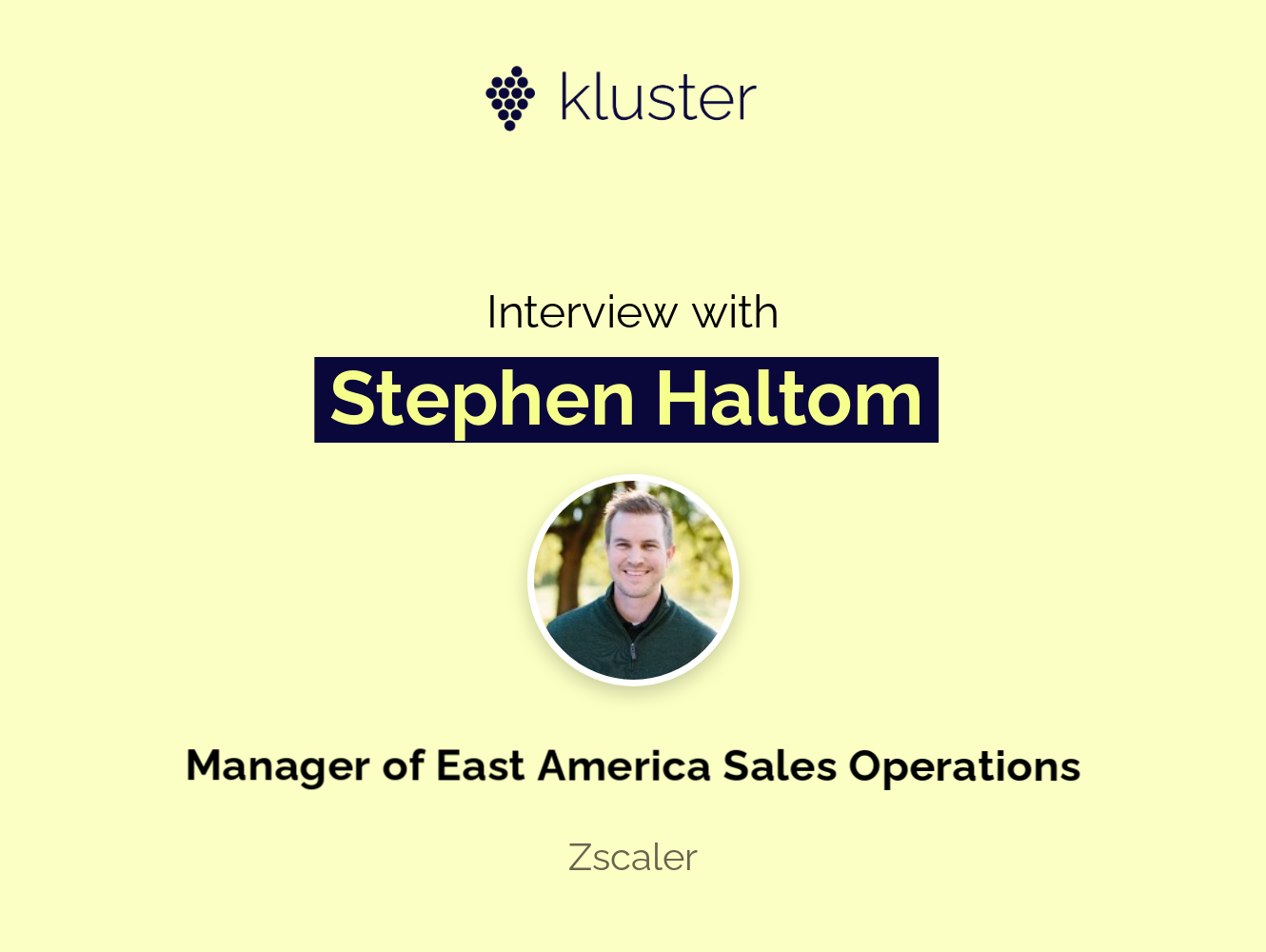 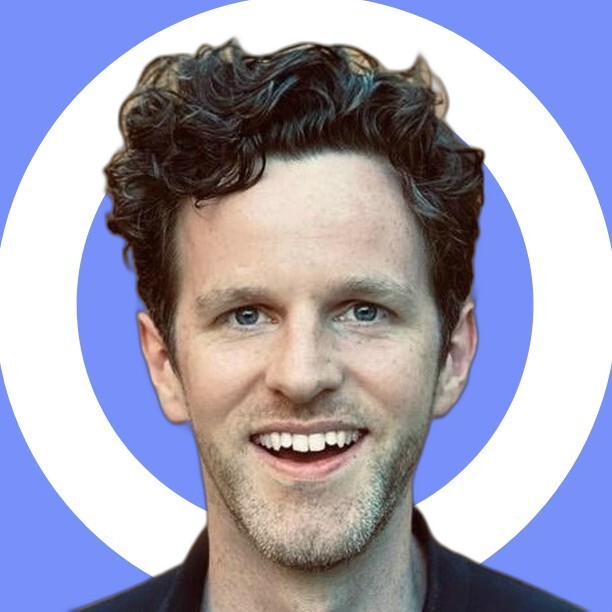 Gaining a sneak peek of how sales ops works at a rocket ship like AppDynamics? Yes please! Last week I had the pleasure of speaking to the very analytical Stephen Haltom, Director of Sales Operations who talked me through everything from the tactics of turning insights into action, to establishing success in sales ops. Stephen dialled in nice and early from sunny Dallas, and after the usual Anglo-American weather exchange, the interview began...

Rory Brown(RB): You started out in order operations. How did you make your way into salesops from there?

Stephen Haltom (SH): I was an accounting major out ofcollege. I thought I wanted to become a CPA because I had just gravitatedtowards accounting in college. So, my first role out of school was at a taxfirm. It was a good first work experience but about six months into the role Irealised it wasn't what I wanted to do long term. That’s when a friend of mine,Will May, who was working at AppDynamics in a sales role (he's now our VP ofInside Sales) told me there was an operations role opening in the Dallas officeand that I should interview for it.

I said, great but what's sales operations? Operations ingeneral is probably the most generic, vague sales title in the world. So, Iinterviewed for it and got more of a sense of the role. I understood that they neededprocess and that I would be reviewing and booking orders, helping withlicensing, building quotes and structuring deals. After the interview I decidedit was worth taking the plunge and so I made the shift and it's been a greatfit ever since. It'll be six years in June. So it was about two and a half tothree years in the order operations role. About half of that was as anindividual contributor and then eventually I managed the team. The role evolvedand covered everything from researching and demoing quoting tools, helping repsbuild quotes to making sure all the deal data is in Salesforce so we couldaccurately report on it. Then there was the deal structuring side where weworked closely with legal and revenue. That was more of your "bestpractices" role where you're working with reps on complicated deals where weneeded to give the customer what they wanted while structuring it in a waythat's best for the company. So that became part of the order operations roleand then it eventually got big enough that it spun off into its own function.

I took that over full time, did that for a couple of yearsand then at the four year mark I had done nothing but work on the deal side ofthe house. So it was all quoting, deal structuring, and licensing. I had reallyenjoyed being on the front lines with the sales reps, working hand in hand totry and get deals over the line. But then there came an opportunity with ournew VP of Sales for the Americas to support him with what we call “fieldoperations” which was basically providing actionable insights based on data forhis team's pipeline and reps' performance by looking at all the traditionalmetrics like pipeline coverage.

It was a whole new world for me. I knew how some of these metricswere calculated, but I did not have direct experience in that role. It justopened me up to a whole new side of sales operations. And that's what I've beendoing for the last two years. More recently, in the last year I've supportedour inside sales function.

RB: For you,what disciplines does sales ops cover? And at what point do you pass the batonto the sales leader and maybe overlap with what they do?

SH: The way I see my role is as the right-hand man towhoever I support, which in this case is our inside sales leader. And heobviously doesn't have time to get into the weeds, dig into all the details forevery function that rolls into him. So my job is to assess problems that comeup, get in the weeds and figure out what specifically might be causing that andpropose solutions to fix it.

But then more importantly I look two, three, four quartersdown the road and try and spot trends that are maybe more in the yellow stage.Alarm bells aren't going off yet, but these are potential issues we want tostart considering and keeping an eye on. So at a high level, that's really howI see my job. And to do that job, I make sure I've got all my key metrics.

RB: Could youtalk through that process from mining the data, finding something indicative ofa problem or a potential area to improve and then articulating that to therelevant people?

SH: When I initially took on the role, I had no experiencein it. My job was basically to read up on best practices, key metrics and howthe SDR and BDR team function. And one of the things I came across was the differencein how we compensate or goal our BDRs. If you read various expert research,they all suggest monthly quotas. We were setting quarterly targets for our BDRs.

So I wanted to analyse whether or not that was having anyeffects. When I pulled the data and I looked at it monthly per BDR, there was avery significant spike in the third month of every quarter. Not that theyweren't producing in months one and two, but the main production was coming inthat third month. Their job is to book first meetings which doesn’t follow thesame quarterly cadence is takes close a deal from cradle to grave. So BDRsshould really be a lot more consistent because they're not having to take asale all the way from start to finish.

So, we made a tweak to the comp plans and we've seen theflattening out of those results. And the impact of that is many of thosemeetings that weren’t getting booked until the third month were now beingscheduled earlier in the quarter. This resulted in a quicker time toopportunity and quicker time to closed business.

In terms of articulating findings to the relevant people,data is only great to a certain point.

I heard a great quote a couple of years ago at Dream Force:"If data is king then context is God".

Anytime you show something, especially if it’s controversialor challenges the status quo, a sales leader is going to have questions. So,it's about presenting the data in a way that's very easy to digest while provingthat you understand the context of what you’re talking about. Then if theydisagree with the proposed solution, that’s fine, you can go from there andbrainstorm the right solution but getting buy-in on the issue is really the keyto me.

I also enjoy validating popular theories or beliefs. I'mnot challenging the status quo just to challenge it. But rather it's about notmaking blind assumptions.

RB: Have youfound that there's a tactful way to present a challenging theory so you don'tlose your audience?

SH: I always point back to context. The biggest thing thathelps me have that conversation with them is enmeshing myself in their day today, making sure I'm familiar with the sales process, how it works, and themain challenges. Having conversations with sales reps to make sure that myassumptions are true and validated. It's about really understanding, gettinginto their world and speaking their language. I think that really comes acrosswhen you present the data to them.

By living in their world you naturally have a lot moreconversations with them and you can vet your approach before you even start alot of times. It's about developing rapport and trust from the onset so thatwhen you do have something challenging, you have a lot more credibility.

RB: Goingback five to ten years ago, what proportion of your role do you think a VP ofsales would have had to do on their own? And how much of sales operations hascome with the creation of this specific role?

SH: I think five to ten years ago, a VP Sales would havehad a very basic understanding of the health of their pipeline and how it wasprogressing. They could go look into tool like Salesforce and assess whethertheir team was generating pipeline consistently etc. And then post quarter endthey could go pull the results.

But I think trends are an asset that sales operationsprovide. It's an approach that is much more scientific and validated by thedata itself. The sales leaders I've worked with operate from much more of a gutfeel because they spend time with their reps every day (or at least the goodones do!) But sales operations is where it becomes more science that art.

I don't think the average sales leader would have had timeto test a lot of their theories out either, whereas now they can ask sales opsto do that for them.

RB: Lastly, I'm quite keen to understand how you measure success in a sales ops role? What has your experience of that been?

SH: For me, success is when I get the direct validationand the direct feedback from the sales leaders that what you've provided istruly valuable because, at least in my experience, a lot of sales ops leaderscome in Gung Ho with great ideas about how they're going to change the world ofsales. And a lot of it winds up not resonating, not being relevant, and notbeing the top priority for the sales leader. If you have your priorities andthey're not aligned with the core concerns and the priorities of the sales leader,it doesn't invalidate the work you're doing, but it's just less likely to makean impact with them. For me, it's really important to align with what yoursales Leader cares about, not just what you think is important.

RB: It soundslike you get a lot of qualitative feedback. Is there anything measurable youdiscuss?

SH: If it's directly related to a finding of mine thenyes, absolutely. The example I gave you earlier about the BDRs' quotas and howwe've seen a flattening out of the other results, that to me is a directmeasure of success.  And that's awonderful thing in general if you provide data that leads to a decision beingmade.

Want to get more insights from sales ops leaders? Check out our other posts in the sales ops interview series.

We recognise the growing importance of sales operations. No longer seen as the function that provides spreadsheets, sales operations is integral to building a repeatable, scalable sales machine.

That's why we built Kluster. We make analytics and forecasting systems for you so you can spend time doing what you do best: uncovering trends and delivering growth defining insights.

Kluster gives you total visibility into the effectiveness of your sales machine and helps you generate credible forecasts to revenue leaders and the board. 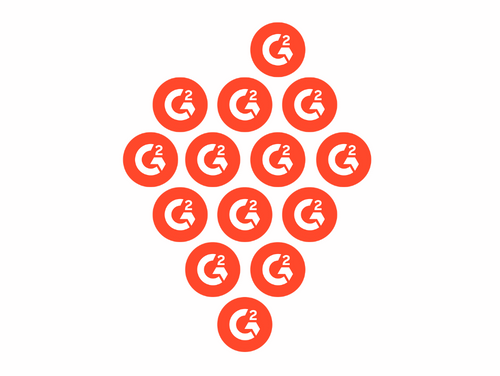 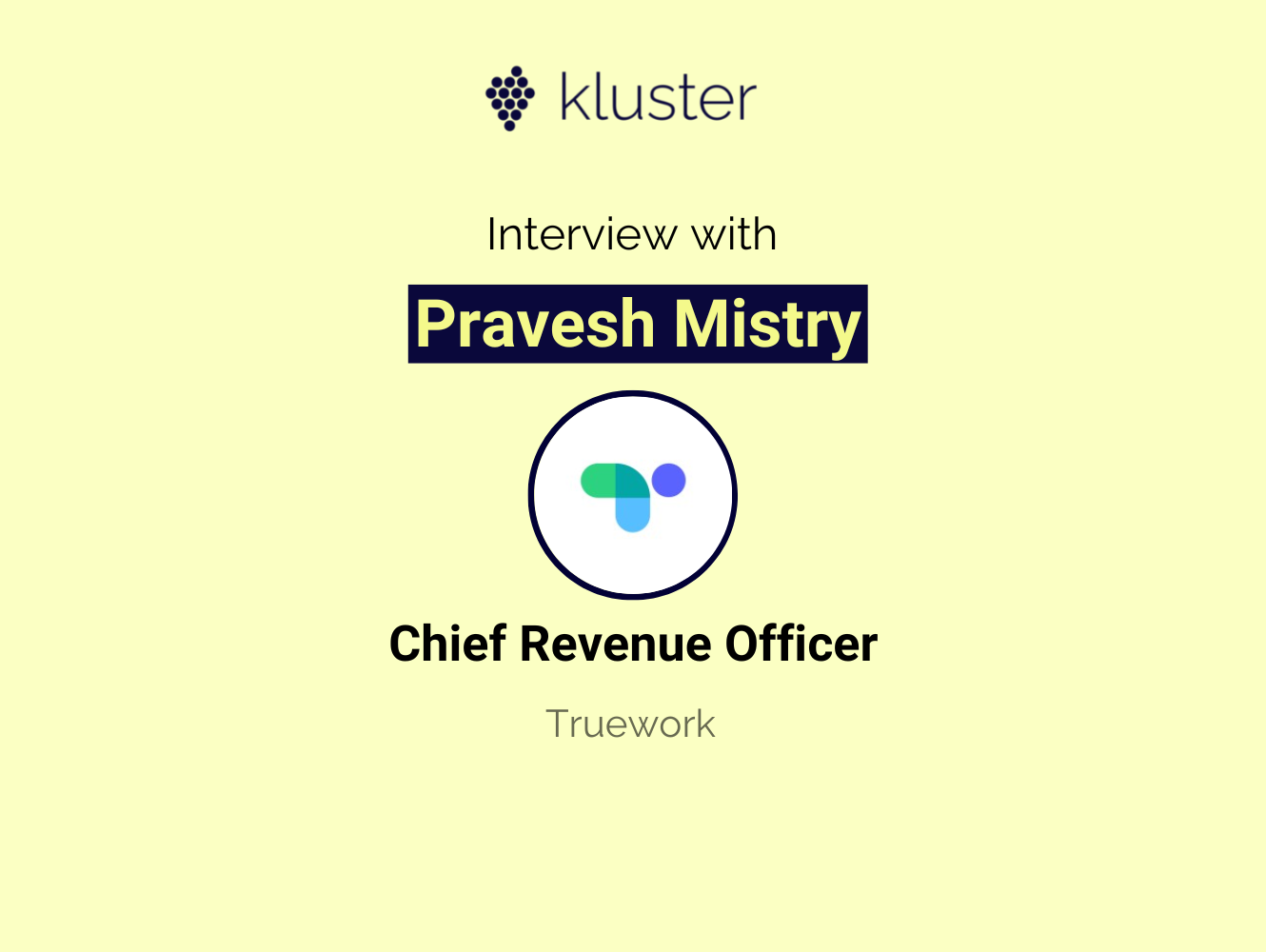 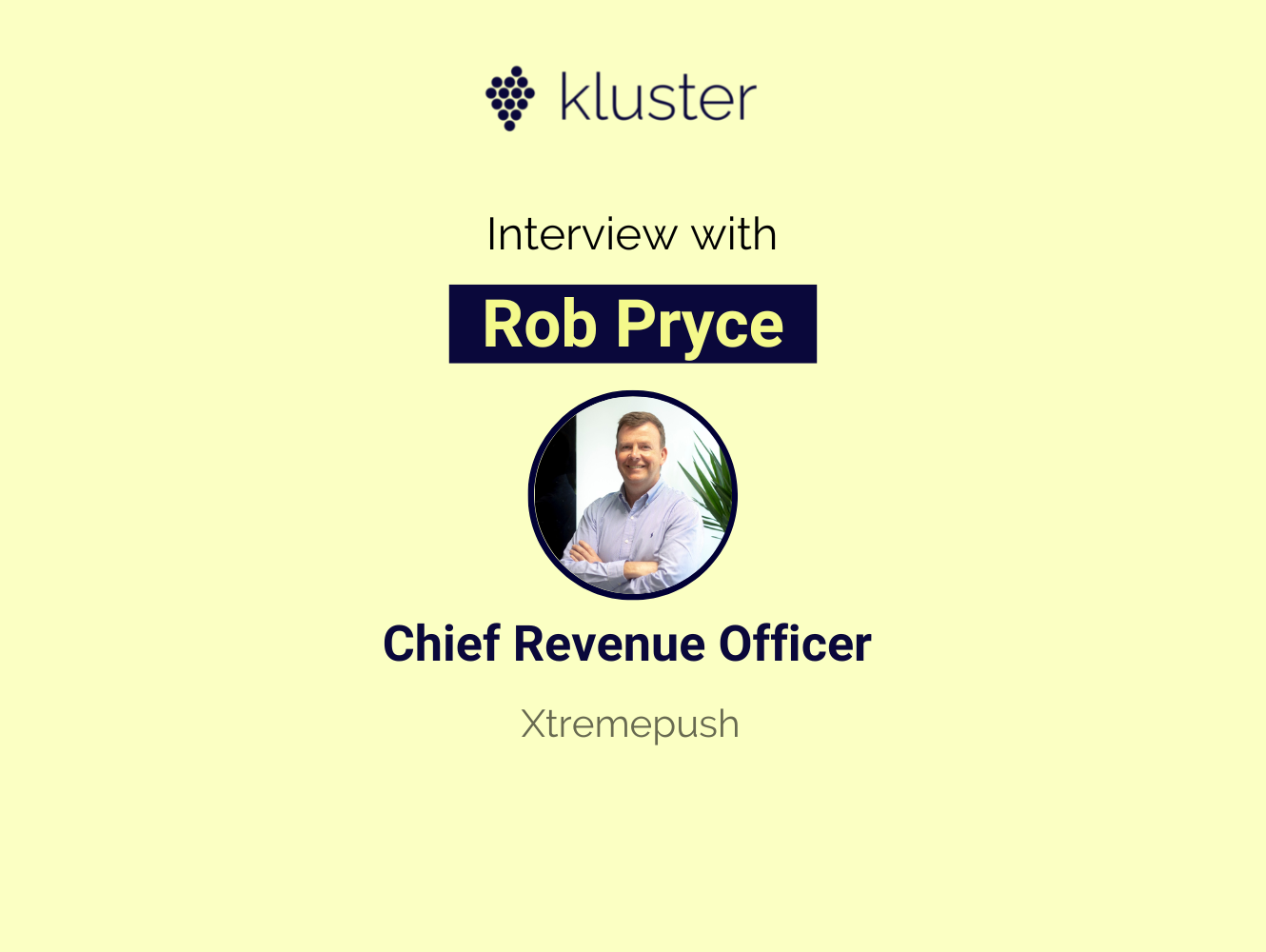